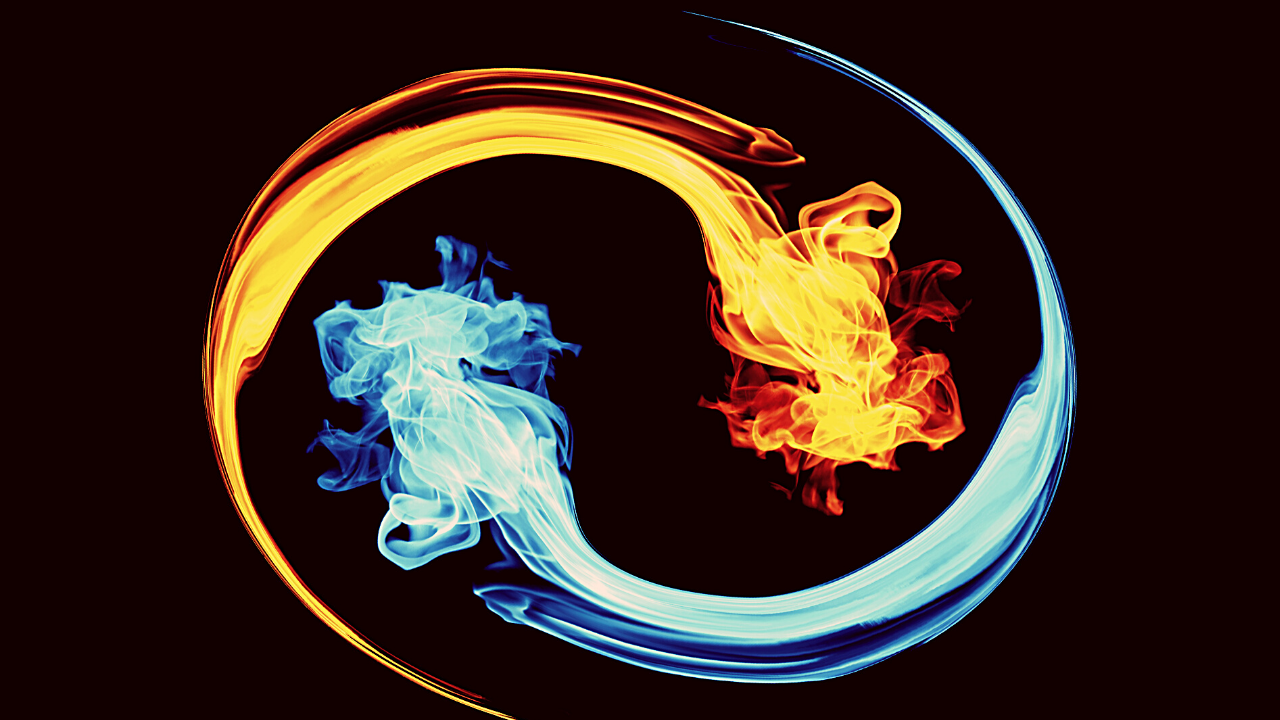 The 7 Energetic Universal Laws : Law of Gender – Unifying the Energy

Does this life seem like something is a little off? Have you followed all the rules but have gotten little results? Do you want to know why manifesting as an adult is a lot harder than when you were a child?

There are 7 main Energetic Laws or Principles of the Universe that have existed without exceptions that you have operated within since your energy came into physical form.

Before you could think via words within a learned spoken language, your wisdom and inner knowing came from your intuitive knowing through your physical body's feeling sensations. Technically, learning language has “dumbed you down” or disconnected you from your true inner language and knowing.

You are now dependent on feedback outside yourself, and because of the above disconnection, you now have forgotten your direct connection to these 7 Energetic Universal Laws that defies thought. These laws do not have to be studied or learned, known within their experiences.

For example, you did not study the law of gravity, yet you exist and operate within it perfectly, never floating up in the air because you do not understand it. You understand it because you experience it, and because it is your personal experience, you do not have to explain it to stay on the ground.

The Law of Gender states that everything has its Feminine and Masculine qualities.

Known by many names:

This law often expresses itself in the discussion of Yin/Yang. All things exist as inseparable and contradictory opposites or as the Law of Polarity expressed one topic, same pole.

You have been taught these two must be in balance and equal. This is not true and cannot be.

The space in which something is created must always be slightly larger than what is contained inside. Small amounts of action are needed from the male energy as the focal point for the female energy to flow through. 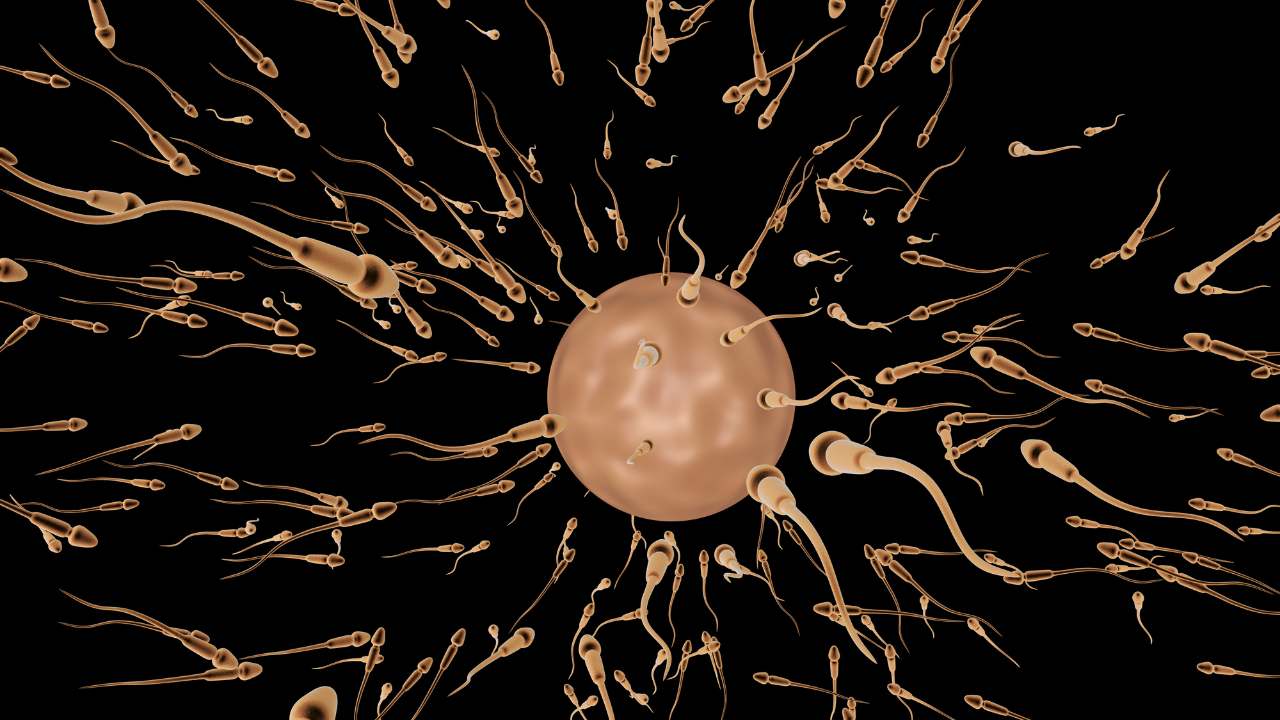 Let’s use conception as an example. Consider the size difference between the egg and the sperm. The female egg is gigantic compared to the male sperm. Both exist before their union. The egg simply passively floats in its state of “Being.” If the egg is not fertilized with the sperm, the egg stays “in potential mode” and discarded. The new human cannot manifest into physical form.

The sperm is much smaller, actively seeks out the egg for the union. It actively searches and must penetrate the egg (small action) to create a union. The sperm “offers and acts,” the egg “allows and says yes.” Once the male energy offers and is accepted, it is no longer needed in the creation process. The potentiality of the Divine Feminine takes over, and creating a new “Human Being,” not “Human Doing” is created through the infinite intelligence of the energy both through potentiality and direct focus. In this state of total allowing, the actions that create the new baby are direct by the infinite possibilities of the Divine Feminine's potentiality.

Also, no action from the human father is needed for this new life to be physically created after conception. The human mother provides the “space/darkness” for this life to be formed according to the infinite wisdom. Neither parent is demanding arms to be formed or the heart to beat. No physical action is needed other than the total surrender to allowing the infinite wisdom of the Divine Feminine & Divine Masculine marriage to take place. When action is needed for the physical birth to occur, the male energy within the feminine body will be temporarily activated, resulting in inspired action.

If we use the Law of Gender as a guideline to manifest in this physical world, this would be the process:

“The Isness” or state of being/allowing is your natural state in which you are created, and it is the natural state for you to create. Most Law of Attraction info has you begin with a thought. Thinking and language are illusions because they did not exist in your natural state and had to be taught to you. When you start the creation process with contemplative, focused thought (Divine Masculine), you skip over tapping into the infinite energy and potentiality (your natural state of being Divine Feminine), which causes many unneeded effort with hit or miss results.

Decide now to eliminate all the excessive “doing” and begin at the beginning. Reset yourself back to factory settings, claim your birthright as a Human Being, not a Human Doing. Then the time between the inspiration (In Spirit) and the manifestation melts away. Create as the limitless, timeless creator you were born to be! “To be” or “not to be” has now been answered and no longer should be questioned!

Stay tuned for next week’s article on The Law of Correspondence.

PS: In the 7 Laws of the Energetic Business Universe Mini-Course, we have renamed this to Law of the Mastery of the Minds.

(Edited: Originally published on The Wellness Universe Blog on July 11, 2019) 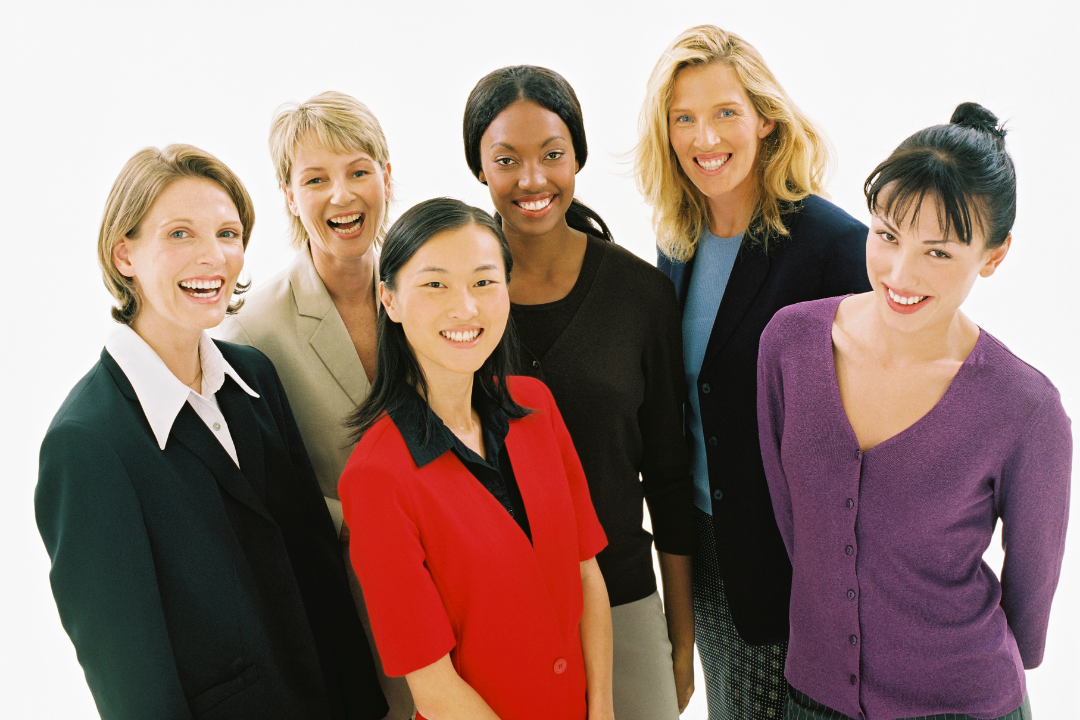 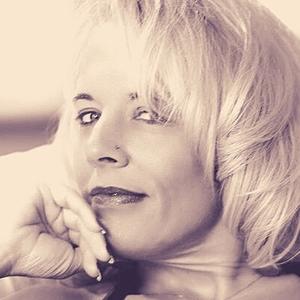 Denise ia an Energetic Experience Alchemist, I help you become Mindless to Discover their Hidden Truth in Your Personal Experience. 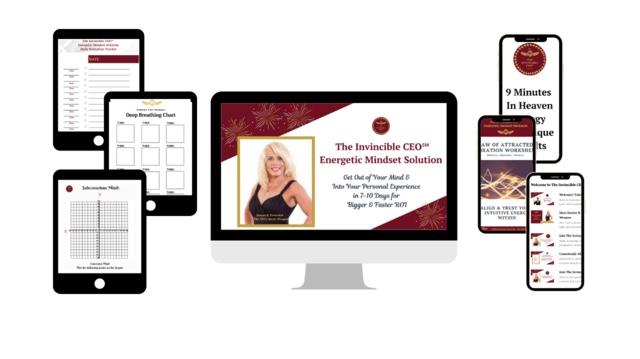 The Invincible CEO Mindset Solution is a quick workshop to help you center into your energetic innate knowing with absolute clarity for bigger immediate ROI in your business & your life.

CLARITY & CONFIDENCE IN YOUR CHOICES ARE JUST 10-14 DAYS AWAY! 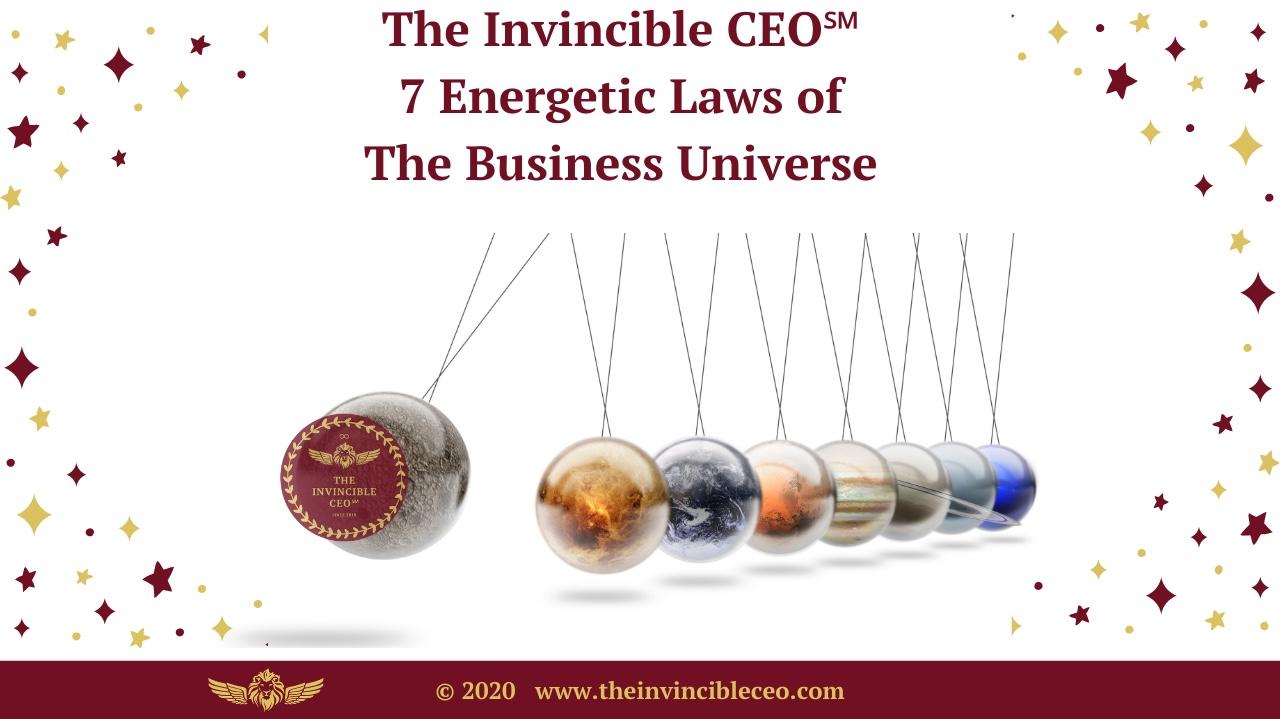 7 Energetic Laws of the Business Universe

You have heard of and may have even tried to incorporate the Law of Attraction into your Business and Business Practices.

Most people have little to no success.

Learn how to use the 7 Energetic Laws of the Universe to make it easier to help others through the manifestations your genius in business can provide!

Take a moment and sign up now for this one of a kind business training only offered here. 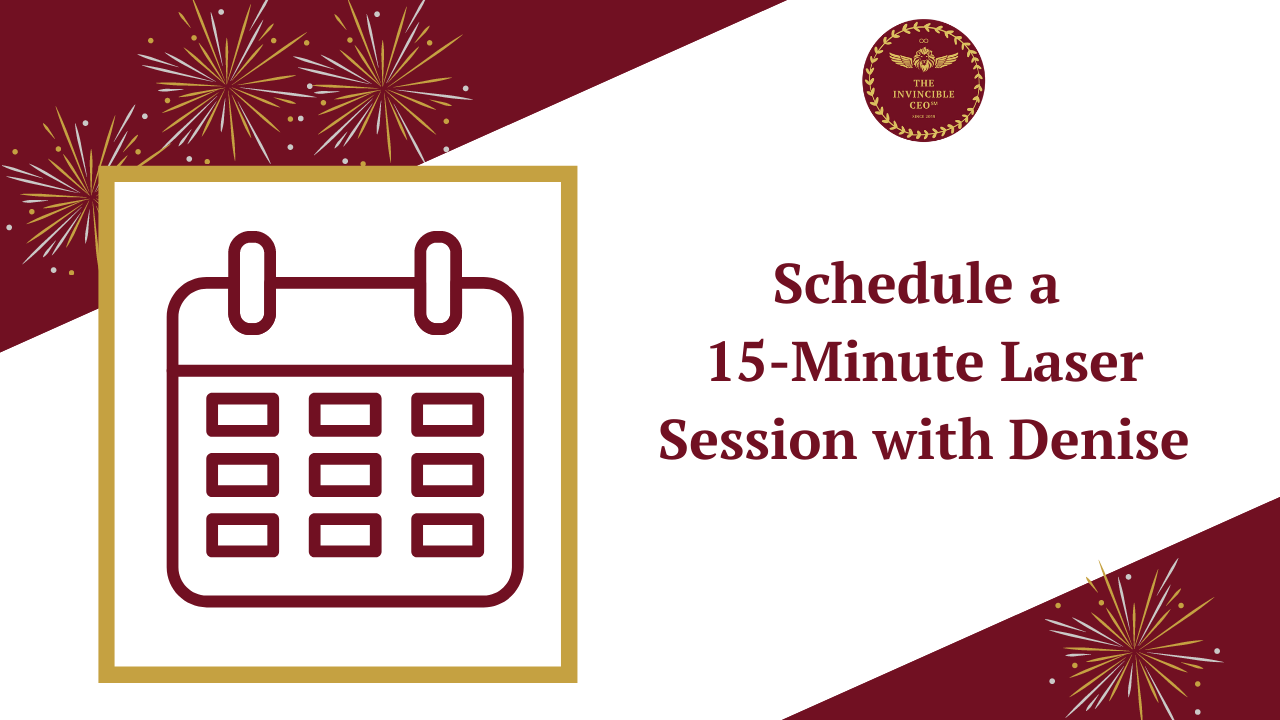 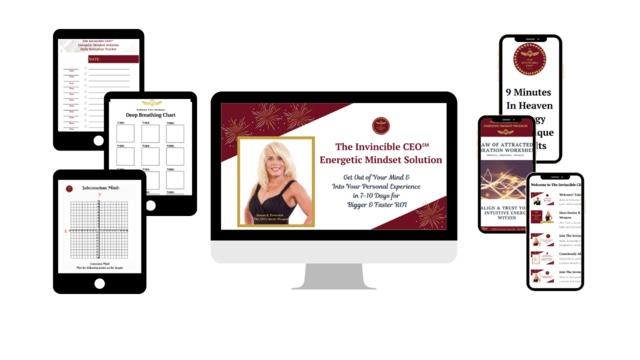 Energetic Mindset is not Your Average Mindset Training!

Dive Deep into Your 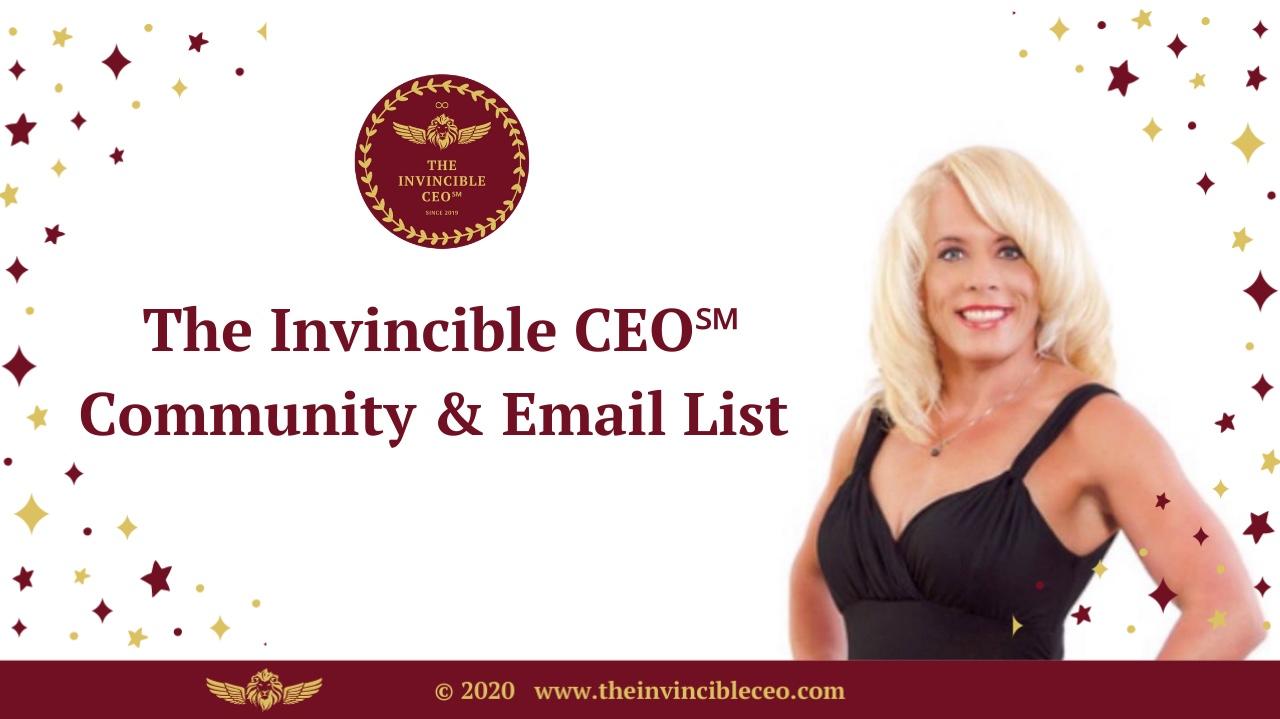